The sign at the entrance to The Wolfpit Preserve in Bethel, CT

The Wolfpit Preserve is a 60-acre parcel owned by the Bethel Land Trust. It began as a much smaller piece of land until a 20-acre addition was donated to the Trust by Janet Taylor, a long time resident of Wolfpits Road. Another 10-acre donation was made by John Miller in honor of his wife, Janet, about ten years ago. A major section of the Enchanted Trail passes through Wolfpits but that is only a fraction of this small, yet splendid tract of wild. The preserve is mostly a mixture of hardwoods with a smattering of evergreens. There are an abundance of stonewalls throughout since this was at one time farm land. It is almost as if the farmers planned their stone boundaries to mark the assorted mini-environments that permeate the terrain as you stroll throughout this compact park.

One can find water in a variety of forms. The major water feature is the Wolfpit Brook which has its “headwaters” just outside of Huntington State Park. Its perpetual flow continues through the park, eventually crossing Route 58 west of St. Mary’s Parish. In the 43 years that my wife and I have lived on the brook (it bisects our property), we have never seen it dry; it always runs, even during the driest years. As it flows through Wolfpit, there are numerous small waterfalls, a tiny, human-made dam, and at one time a pond formed next to one of its seasonal runoffs. The image  of the meadow included in this article is where this pond formed. Our daughters used to skate there 30 years ago.

Since then, beavers have blocked the water from entering the pond. The stream now meanders through what is now a soggy meadow reconnecting with the brook further along its course. At the end of the pond, when it was still a pond, was a huge, branched tree named by my daughters, “The Climbing Tree,” (maybe not original but very definitive). Whenever we visited the pond, which also held fish, we would ceremoniously climb its arms nearly to the top, giving us a bird’s eye view of the preserve. When my brother, Uncle Glenn—or UG as he was nicknamed by his nieces—dropped in, reaching the apex of The Climbing Tree became a contest which he usually won.

Besides Wolfpit Brook, there are numerous intermittent streams and a few wetlands allowing for a diverse population of wildlife on this small, backwoods location. Needless to say, mosquitoes are not lacking, but an abundance of birds and a healthy bat population helps attenuate that annoyance. There is a resident population of turkeys roaming all year long. As is expected, numerous deer also inhabit the woodland. I have seen possums, beavers, squirrels, chipmunks, an occasional rabbit, a few fox, and once, what I believed to be a bear print. This could have been our neighborhood bear, Bob. I’ll elaborate on him in another piece. his space feels truly wild (we can forget the mountain lion though - we can get wild without this dangerous feline).

Birds constantly flutter from tree to tree to bush to rocky crag. In the spring, numerous warblers pass through on their way north. Many thrushes, woodpeckers, and flycatchers remain all summer. Red-tailed hawks can be heard and seen regularly and often nest in trees nearby. At night both barred and barn owls can also be heard, though when hiking in the dark these haunting calls can send chills up your spine. There are also visits by pileated woodpeckers (think of Woody Woodpecker), though they are relatively rare sightings.

Besides the Enchanted Trail there are also blue and yellow marked footpaths. The yellow trail is the main system throughout. It encircles most of the land branching off of the Enchanted Trail and running along the brook. There is also a blue trail system which branches off the Enchanted Trail about 400 yards in from Jennifer’s Way/Aunt Patty’s entrance. This circles around towards the Sleepy Hollow Estate and then curls back up at a cliff to reconnect with the yellow trail. Take a right on the blue here, and it will bring you to an old feldspar mine. I have never been able to discover why this is here.

Following one of the offshoots of the yellow trail will bring you to the backside of what used to be the pond. A swampy section of this trail, which also connects with the main parking lot and entrance on Wolfpit Road, was recently upgraded with a wooden path built by the Bethel Boy Scouts. The bridge to cross the Wolfpit Brook was recently rebuilt by the Land Trust. This gives you access to the once-upon-a-time pond. The Land Trust installed a carved wooden map in the parking lot. There are also interpretive brochures available there. Along the trails, you will find several informative plaques, another contribution by the Land Trust.

Though there are numerous combinations of trails that can take you to almost every corner, I will sometimes simply bushwhack my way through the trees just for a bit of adventure. Pack a lunch or snack and spend a day here. There are so many things to discover, so much hidden in this miniature wild land. I believe I have yet to find it all. 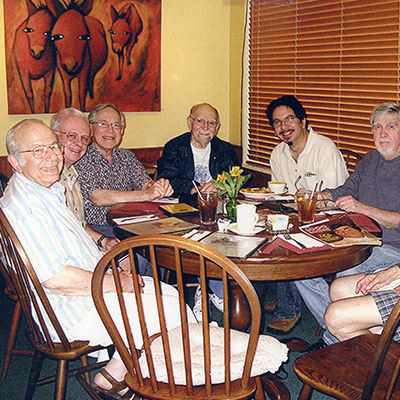 Bethel’s Knights of the Oblong Table 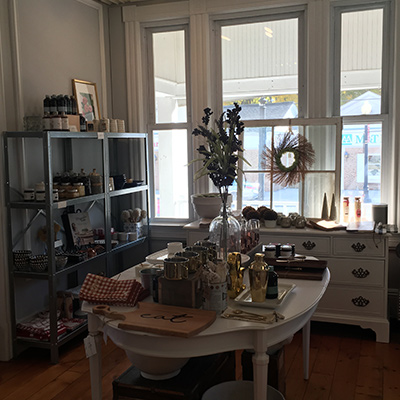 Gratitude is an Attitude - Shop Local 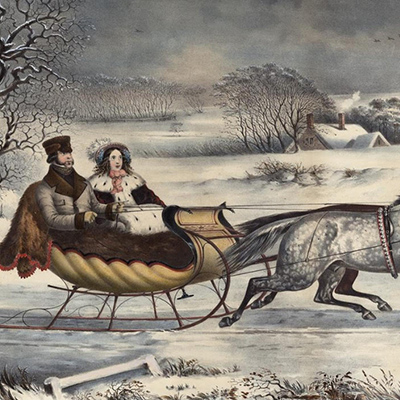 Dashing Through the Snow