With no desire for a continuation in March, I have little doubt that all of us in Bethel remember the snowmageddon of last month. Being a lifelong Yankee (no, not the New York breed, we are both staunch Red Sox fans), I recognize this February was a more typical winter month and recall my youthful years when the ground was first blanketed in white in mid December with nary a sign of the ground until late February. I was grateful, however, for a shortened version of the typical New England winter.

As we entered March, it seemed the lion had departed early and daylight was markedly longer. This spell of shortened daylight hours between the Winter Solstice and the Vernal Equinox will forever lay heavy on our spirits. Daylight exists only between our rising to go to work and our return home, trapping us indoors during the week. And we are still left with chilly, dreary, raw days on weekends with little desire to frolic in the out of doors. Therefore, we are all anticipating the arrival and reawakening spirit of spring and its many alluring signs of approach.

The earliest indicator is delivered by our friend the black-capped chickadee. This diminutive permanent tenant sends us his namesake song from autumn through mid winter, the familiar “chickadeedeedee”. As the days lengthen, he adds a tuneful whistling two-note melody to his repertoire, each note a relatively long whistle, the second a full tone lower; “eeeeee  ooooo”. The heart of this fresh melody is believed to be the opening of nesting and mating season. The first time I hear this each year I feel a load slipping off my shoulders knowing the warmer weather has begun its journey toward Bethel.

The parade of annual events that shepherds in springtime presents itself randomly every year with a few surprises. The opening display of flora emerges as a spike of skunk cabbage jutting up from beneath the snow and fallen leaves. This ubiquitous wetland plant is the curse of my wife’s spring, as she assails each new shoot with a dowsing of vinegar trying to impede its advance into our yard. Incredulously, I spied an errant sprout nudging its way skyward in early February on a trail along the Wolfpit Brook. Found only in and near wetlands and known for its foul odor, skunk cabbage is uniquely capable of generating temperatures 55-75 degrees above air temperature in order to melt its way through frozen ground, making it the earliest bloomer and guaranteeing pollination. Eastern skunk cabbage roots contract after growing into the earth, pulling its stem deeper each year into the mud. It is almost impossible to dig up an older plant. Belying its name, cabbage, it is not edible and was primarily used for medicinal purposes by Native Americans.

Spring formally arrived on the day of the Vernal Equinox. This year it was March 20 at 5:37 AM EDT. This is the exact moment that the sun’s center passed over the equator. The term equinox translates as equal nights. It is the day (twice including the autumnal equinox) on which the sun’s center spends equal time above and below the horizon. This day is celebrated worldwide in many cultural and religious festivities.

Late March and early April bring the first real signs of our journey toward summer. With mud and syrup season past, our earthly companions begin to emerge from hibernation. I wait with anxious anticipation for the initial true “song” of spring. I can no longer rely on robins as the customary precursor of the season, since they routinely dwell here throughout the year. On the first warm evening, the one where you know the chill will not occur, as you drive along Wolfpit Road their voices waft muted through closed windows. Can you hear them, a chorus warming up? You hastily “roll” down the window to be greeted by their annual announcement that spring has genuinely landed. Echoing across the marshland the spring peepers have awakened, bringing us their message that we are finally safe from winter’s grip; bringing, also, fond memories of my Dad and me lingering on the porch listening for their first refrain to come floating through the woods. To hear the sound of spring peepers click here.

The spring peeper is a diminutive singing frog familiar to the bogs and marshes of eastern Canada and the United States. Only 1-1 ½ inches in length and weighing no more than 2/10 of an ounce, its melodious lilt can be heard one or two miles away. Their choral resonance gives the impression of the entire frog population singing to us for our delight. It is, however, for pursuit of a mate.

As a youngster, I would often slog into the marshland in quest of these enchanting vocalists, but in vain. Besides their slightness of size, they also display a color identical to the mud of their boggish environment. They breed from March to June, then spend the remainder of the year feeding in preparation for hibernation through winter. During the winter months, most of their bodies and fluids freeze solid. They, however, generate an antifreeze allowing their important organs to function throughout the season at a much lower rate. In the spring, they will once again thaw in the warmth and bestow upon us their captivating melody.

Shortly after this tuneful recital, the earliest colors appear, usually opening with yellows. Still dreary, the early spring landscape remains draped in gray and brown, with skeletal trees, mucky earth, and remnants of salt bordering the pavement. That is why the yellow trout lily with its refreshing burst of sunlight color is such a satisfying vista. The trout lily gets its name from the mottled coloration of its leaves, medium green with dark spots mimicking the brook trout. The leaves form a carpet on the ground covering 40-50 square feet. Each double cluster of leaves produces a downward facing yellow flower. These mat-like collections of green and yellow arouse our visual senses, brightening the otherwise cheerless setting, subtle yet enough optimism to brighten the day.

Walking my way through April in the Wolfpit Preserve, I am next welcomed by a local orchid-like plant. Though not a true orchid, the jack-in-the-pulpit is certainly one of the more curious plants to ring in the new season. Standing almost two feet tall with a pulpit of about five inches, this great Arisoene Triphyllum has been emerging faithfully behind the trunk of a mature oak on the preserve for the past ten years.

The jack-in-the-pulpit is commonly seen throughout the eastern woodlands of North America. It is a distant cousin of the skunk cabbage. You may also be familiar with their houseplant cousins: philodendrons, dieffenbachia, caladiums, and calla and peace lilies. If you have been fortunate enough to behold these unique plants, you were probably mistaken, as I was, in believing the cup-like pulpit or spathe and the orator (jack) or spadix as the flower. The true flower is well hidden at the bottom of the spadix. It is a perennial that sprouts each year from a corm similar to our day lilies and dahlias. Each plant has the capacity of being male or female, but gender is typically determined the previous fall. During the early growing season, the male role is to produce only one leaf, which will form three leaflets, therefore the triphyullum in its name. Its sole responsibility is to fertilize the seed in the dual-leafed female. He now only has to sit back, feed, and strengthen himself for the coming winter. The female sends up two leaves, each also with three leaflets, produces seeds, and then spends the next weeks producing food for itself and the fertilized seed, therefore working much harder than its male counterpart. My wife reminds me of how similar this is in the human world of childbearing. In the fall, the now well-nourished male will usually take on the more exhausting role of the two leafed female. Next time you come across one of these distinctively shaped flowers, appreciate the adaptations that these and all other plants have subtly made to maintain and preserve their species. Would you choose the role of male or female?

Finally, in early May with summer warmth rapidly approaching, my final bookmark of spring explodes once again in a blanket of yellow. Like clockwork, Caltha palustras, the marsh marigold, will gush forth with dazzling yellow attire usually in late April or early May. I first stumbled upon this wave of yellow 30 years ago while crossing a brook on a short cut trail while leisurely hiking in Huntington State Park. I have returned to this exact location faithfully every year between late April and early May and have never been disappointed.

When I first chanced upon this yellow carpet I unknowingly believed I had unearthed a rare pleasure in Huntington. This initial encounter led me to hunt for more. I searched the wet woodlands and streambeds throughout the park diligently for the next two springs finding only my original clump. The next year as I was ambling along one of the outer loops, I was greeted with “fields” of marsh marigolds throughout, clumps of clumps. I can only explain the population explosion by my timing. My first couple of sightings must have been either at the very beginning or end of the flowering season. To experience this refreshing pageant of color, you should hike into Huntington two to three days a week from about April 20th to May 10th. The extent of their bloom time is about one and one-half weeks, with a warming climate tending to move the bloom to April.

The advent of spring in Bethel, as elsewhere, is always a much anticipated affair, whether following a relatively benign winter or a more conventional New England snow fest. We applaud its coming. We recognize its stirrings. Whether it is the innate messages of nature or the opening of training camps in Florida we welcome the homecoming of warming breezes and gentle showers. Our vegetable and flower plants are swelling under grow lights, waiting to be set in freshly tilled garden beds. Every breath we accept, as we spend more time out of doors, crafts a much desired cleansing of our body and soul. Our eyes are saturated with colors, our ears flooded with the chorus of birds and amphibians awakening from their long winter’s slumber or long return journey from warmer climes of the South. Our noses are treated with aromatic fragrances of blooming flowers and freshly mown lawns. Though we may be briefly annoyed by the arrival of gnats and mosquitoes and sneezes from newly released pollen, it is a small price to pay to be able to once again take pleasure in the beauty of living in the breathtaking world of plants and animals. We have all grown up waiting for the grass to green, the temperatures to warm, and the snow to melt. It is a new beginning, so let’s all revel in the excitement of another spring. 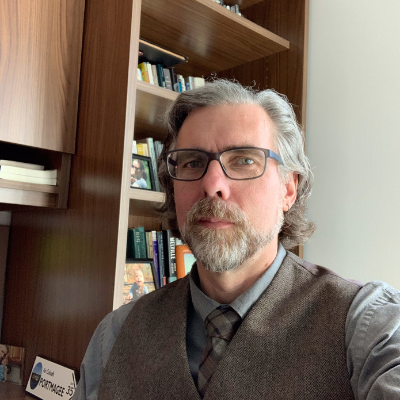 Bethel Has a New Poet Laureate! 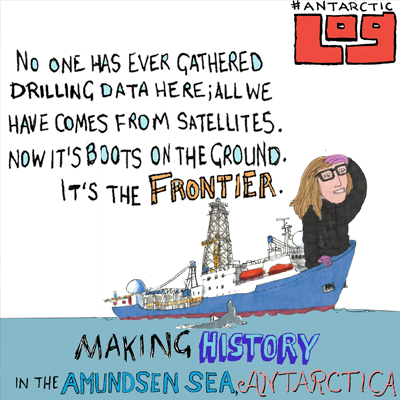 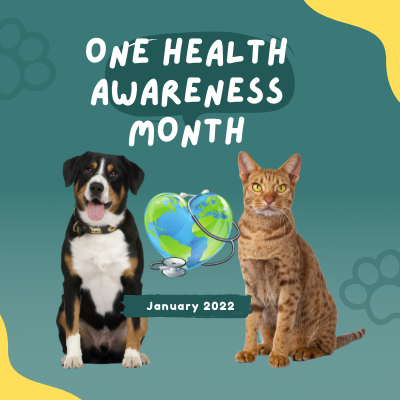 One Health: how we are all interconnected