A Girl, a Raccoon, and the Midnight Moon

A Girl, a Raccoon, and the Midnight Moon by Karen Ramano Young

When my good friend Karen first came to me about her new book "A Girl, a Raccoon, and the Midnight Moon" I was excited, as I always am about Karen's books. She has written kids' science and fiction books, gone on submarines, travelled to the Antarctic, and writes a science comic for kids (#AntarcticLog).

When I read this book, I realized how special it was. It has all the components of a great book: a girl solving a mystery, a multicultural cast of characters, a strong family with loyal friends, a library that needs saving, and resident raccoons. Yes, the raccoons play a large part in the story!

We launched the book in January 2020 and it was the last live children's book event before the shutdown. We had a terrific party: Karen read from the book, 45 people attended, and we celebrated in style. It is fitting that this was the last event because it was so special- for a terrific book. Byrd's Books carries signed copies.

Answers by Karen Romano Young, author of A Girl, a Raccoon, and the Midnight Moon — a middle grade mystery with illustrations by Jessixa Bagley, published by Chronicle Kids in January 2020. It’s one of Amazon’s Best Books of 2020 (So Far).

Q: Why is there a raccoon in your title? Are the raccoons the good guys in this book?

A. Raccoons are important! They are smart and tricky and can do a lot of things that you might not believe possible - in this book as well as in real life. I’m not going to tell you if they’re good guys or bad guys—though there definitely are both in this book—and raccoons are just as individual as humans. You will have to read it yourself and find out!

Q. Your main character is a girl. Would boys like this book, too?

A. For one thing, I’m female and I’ve read all kinds of books about males and enjoyed them very much. Pearl is a human being with interests and attitudes lots of different people can relate to — I hope! We don’t have to only read about our same gender; everybody has good stories to tell! For another thing, there are plenty of male characters in this book, including two important boys. For a third thing, I’d like anybody who likes mysteries — and even those who don’t — to take a shot at reading this book. For a fourth thing, there’s no law that says you have to finish a book you don’t like. If you don’t like it, throw it over your shoulder to someone you think will — just like any other book.

Q. A library is the setting for your book. Is it patterned after a real library?

A. Several. I grew up practically living at the children’s library in Fairfield, Connecticut. I volunteered there and eventually got a job there in high school, and also worked at the adult library next door. It had a glass-floored mezzanine with a cast-iron spiral staircase as well as straight stairs. It also had a statue whose head got stolen. That real-life experience set this book up. But, in New York I discovered the shirt-pocket branch libraries, including the Ottendorfer Branch, the Hudson Park Library (whose librarians gave me a behind-the-scenes tour and helped with the oath kids take when they get their library cards, in the book), the Harlem Branch, and others. The name Lancaster Avenue (which is not a real street in New York) came from a library I loved in Syracuse, where I went to college.

Q. Are any of the characters patterned after people you know?

A. Yes. Bruce, in particular. He was based on Arne Bass, the librarian I worked for in high school, who made me responsible for the fiction section — and wanted me to read all I could — and who also involved me in reading reviews and selection books for the collection, which Pearl does in A Girl, a Raccoon, and the Midnight Moon. The character of Simon is named after Arne’s son.  But the majority of characters in this book came from my imagination.

Q. Is that how you became interested in writing for children, because of working in the children’s library?

A. In a way. The Fairfield library had contests for writing poetry and designing book covers, and I entered them. They were what made me realize that real people wrote and illustrated books. (I don’t know what I thought before that, that they grew in a field or something. Who knows what kids think?) As soon as I realized that people made books, I knew what I wanted to do, and the rest of my life has been spent trying to figure out how to do it.

Q. Did you go to school to learn to write books?

A. I did a ton of reading in school. I did a little bit of writing. In high school I took a creative writing class — the only one I ever took — and there was an assignment to create a picture book for children. The picture book I did became the basis of my first novel, The Beetle and Me. It’s about a girl who restores an old VW Beetle. And in college, a short story I wrote for an English class received an A++, so that was encouraging. But there was no writing major at my college. I took a wonderful children’s literature class and realized that it was about all the books I loved the most. I was never as interested in books written for grown-ups, so I started to see the genre where I wanted to fit, and to learn all I could about it. I majored in education so I could learn more about children, and it helped, even if it made me realize I didn’t want to be a teacher. I did independent studies (to avoid the classroom) involving storytelling, and during a semester in England, I did a study of the origins of the story Rumpelstiltskin. I knew I was in the right place, but it was a very long time before I managed to pull together a publishable manuscript. Writing is hard!

Q. Did you write A Girl, a Raccoon, and the Midnight Moon all at once, or did you think about it over a long period of time?

A. I began to write a mystery set in a library probably 15 years ago. Something about it wasn’t working, and nobody could figure out what. It had a beginning, a middle, an end, rising action, the whole thing. But, it was just blah. Then one day I was working on a drawing in a series I’d been doing of New York City storefronts. I was drawing a newsstand. I had left the window blank where a person would usually be sitting to sell magazines or candy or whatever. For some reason — or NO reason — I decided to make the newsstand operator a raccoon. And then I began thinking of who that raccoon was — and why it was there. The answer solved the problem of AGARATMM for me! Then I just had to revise the entire book to work that raccoon in. It may have been the most fun I ever had writing, and I hope it shows in the story!

Q. Do you miss your characters after you’re done writing about them?

A. I do wonder what Pearl will do next after the events of the book are over… and some of the others, too, yes. It’s funny to think, “I wonder what they’re doing now…” and realize that I could create the answer myself if I want to. Because yes, they do feel like real people.

Q. Your book came out right before the COVID-19 lockdown. How has that changed things for you?

A. Well, we had a big party at Byrd’s Books for the book “launch” and that was wonderful. We were lucky to get that done, with cookies shaped like raccoon paws and a raffle and a reading and everything. Usually there would be more parties and book signings, but they had to be cancelled, along with visits to schools, libraries, and book festivals. I’m sad about that. My publisher was conscious that teachers and parents would be looking for ways to share new things with kids, and they asked me to consider doing a reading from A Girl, a Raccoon, and the Midnight Moon. I ended up videoing myself reading it every day for 53 days: well, why not finish what I started? Lots of people tuned in every day for this, and some of them were reading along from their own books. The videos are all on YouTube. Search: Karen Romano Young Day 1 for the first one, or click here.

Thank you for the questions, and thank you, Bethel Grapevine!

If you buy a signed copy of the book from Byrd’s Books and mention Bethel Grapevine to Alice or Steve, receive 15% off the book’s price and a $5 gift certificate to be spent at the store in January-February 2021. 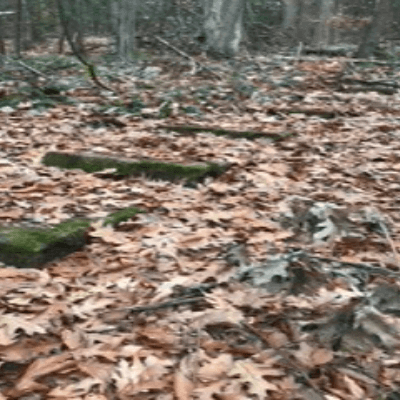 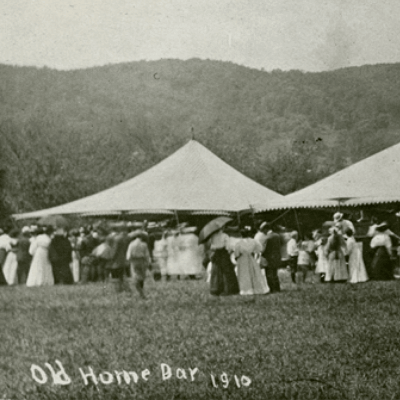 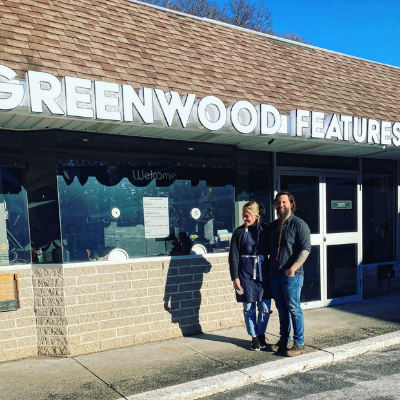