Nordic, the Other Skiing

The leaves are gone, skeletal trees, branches pointing skyward. The sky has begun its steel grey period. The cold is beginning to set in, not yet winter intensity, but I have finally retired my sandals for the year. The turkey has once again been consumed with gusto and the Christmas lights are aglow in PT Barnum Square. This is one of two in-between seasons that are onerous undertakings every late fall and early spring. Now we need to set our thoughts and emotions to winter: cold, windy, and snowy.

Snow, the delightful white blanket that veils the dreary, insipid brown and grey of early December. Snow, the muffler that softens sight and sound. Take a walk through the woods after the first deep powder snowfall. Listen, what do you hear? Familiar sounds resonate yet they are more subtle, less distinct, not separated from each other. They seem to mingle into serene chords of a winter song.

For many, snow will also ignite thoughts of skiing. Bumpy runs down steep hills and mountains, groomed to present a more comfortable outing, yet not so much as to wipe away the exhilaration of speed and danger faced on each slope. Unfortunately, along with the thrill and daring of alpine skiing comes the unavoidable lines one must endure to be lifted to the summit. These prolonged bottlenecks at the base of the mountain, along with the exceedingly high cost, are the catalysts that initiated my wife’s and my interest in cross country (Nordic) skiing.

In its simplest form, cross country is a gliding stroll through the woodlands atop a pair of narrow slats of wood. You are attached to these planks and move forward by sliding one foot in front of the other allowing for a short slide at the end of each push step. Remember, however, this is cross country in its most fundamental approach. This type of Nordic skiing can be taken to various levels depending on equipment, skill, physical condition, and ski conditions.

We began our journey in 1975 with two pairs of Bonna wooden skis, requiring a variety of specialized waxes dependent upon snow (powder, wet, icy) and temperature conditions. Our basic boots were leather with extended, square toes and three holes on the bottom. We were joined with our skis by a simple metal binding with three pins which fit into the three holes in the boot toes and a lever that pushed down on the toe and latched to itself. Our poles were bamboo with a basket at the end to prevent the pole from sinking into the deep snow. Our lessons were trial-and-error walking and sliding and observation of other skiers.

It was a truly painless experience and we were soon gliding along effortlessly with an uncomplicated yet coordinated motion combining arms and legs. We are still using mostly the same equipment though I was forced to purchase replacement boots when the elongated toe of my right boot snapped off mid stride, the toe remaining attached to the ski as it slid forward, away from me. My toeless boot, foot, leg, and eventually body proceeded to sink into the deep powder at the side of the groomed trail. After sharing this comical experience with a sympathetic chuckle my wife decided to replace her boots (and bindings since the three pin version was no longer available). Now she merely slides her boot toe into a device that snaps onto the boot easily. Eventually we will probably also replace our wooden skis with modern fiberglass versions that require no waxing. Simply put them on and hit the trails.

With its widespread popularity, there are numerous cross country skiing techniques. The most popular is still the push and glide that we use. Competitive Nordic is done with an awkward skating motion allowing for greater speeds. You can watch this every four years in the winter Olympics. These events are usually dominated by eastern Europeans and Scandinavians. The only medal ever won by an American was done so in the 1976 Olympics by Vermont native Bill Koch. It is his accomplishment that initiated its popularity in the US.

Over the past 45 years, my wife and I have spent countless peaceful, exhilarating hours quietly traversing the trails of a number of charming and picturesque New England inns and resorts that offer hundreds of kilometers of groomed and ungroomed trails. One of our favorite places is Waterville Valley in New Hampshire. We often visited this resort with our daughters (when they still lived at home over 25 years ago. They now live with their own children and engage in sledding and tubing whenever they get a chance. There isn’t much snow in Asheville, NC).

We also genuinely enjoyed visiting the Von Trapp Family Lodge owned by the Von Trapp family of The Sound of Music fame. This inn is located in Stowe, Vermont near to the demanding Stowe downhill ski facility and only 45 minutes from Sugarbush and Mad River Glen for you active daredevil teens. Also in New Hampshire is the town of Jackson, New England’s center for cross country skiing. With over 20 lodges and B&Bs and hundreds of kilometers on interconnected trails, Jackson offers the greatest opportunity for a true Yankee winter experience. Take your choice: skiing, snowshoeing, snowmobiling, dining, an after ski massage, Jackson has the entire package.

The real beauty of cross country is that a resort and groomed trails are not a prerequisite for a breathtaking winter experience. All you need is snow and the desire. There are wonderful places to cross country in and near Bethel. For an easy introduction, rent skis from the Outdoor Sports Center in Wilton and visit your local school grounds. If a golf course will allow it, their grounds are wide open, empty, and often offer shallow hills for a little challenge and diversion once you feel steady on your skis.

Hills can be another benefit for Nordic (if you are going up against gravity). Once you conquer movement using arms and legs together you will notice you are breathing harder and faster, getting an aerobic exercise that is great for your health. Imagine a healthy activity that is both enjoyable and gratifying.

Our favorite locale is Huntington State Park which straddles Bethel, Newtown, and Redding off of Sunset Hill Road. There are over seven miles of carriage trails throughout the park. Most of these trails are flat or rolling hills. There are, however, short sections that will test the best. These segments are steep, narrow, and they will surprise you with curves and an occasional hidden log. I have performed my share of face plants screaming down one of these almost vertical tracks and always work up a sweat when using the entire park. If you are absolutely sure they are frozen, you can also ski across one of the ponds.

There are also several bicycle rail trails nearby in Western New York and an engaging bike path in Newtown off of Route 25. We find these rail trails enjoyable, frequently coming across coffee shops and restaurants just off the trail. A warm cup of hot chocolate is so much more satisfying after exerting yourself on the trail. Make it a double because you will burn it off on the remainder of the ski day.

The thrill and speed of alpine skiing can’t be replicated by cross country, though there are bold experts who combine the two in what is known as telemark skiing. If, however, you truly treasure the tranquility of a ramble through a serene forest setting in the spring, summer, or fall, you can extend this joy into the winter and will quickly find irresistible this wonderful winter activity, first introduced to us by the Scandinavians. Glide through the hushed tunnel of trees, stopping to listen: birds continue to fly about in search of food and shelter, snow thumps to the ground falling from branches, a deer will leap over a wall blowing hard from his nostrils. Your breath will float visibly from your frosted mouth. If you are fortunate you may see a fox winding its way over walls and through snow drifts, chasing a mouse it senses under the snow. A bead of sweat drips off the tip of your nose. You’ll shed a layer of clothing and press on through newly fallen powder making your own tracks, creating your own trail. No lines, no cost, just you and the chilled world. 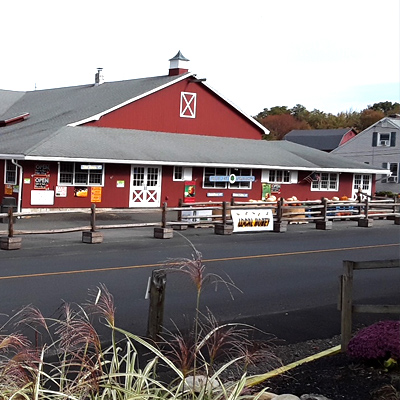 The Man Who Was the “J” in Blue Jay Orchards 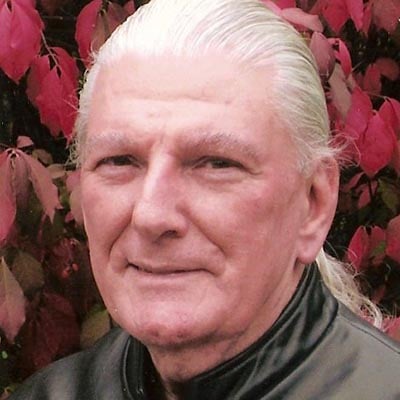 The Passing of a Remarkable Man 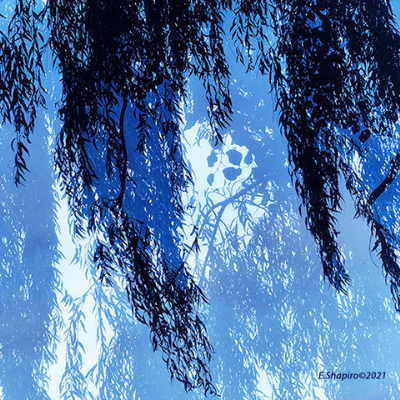 Poetry Corner - Here I Shall Dwell