On August 4, 2020, Tropical Storm Isaias swept through Bethel, leaving many without power for weeks due to fallen trees and powerlines. A historic staple in Bethel, The Vaghi Woodwork Company building, nestled at 77 South Street, suffered a partial collapse. The age-old red bricks crumbled, leaving the interior of the Vaghi Building exposed, as well as demolishing part of its neighboring roof of Bethel Village Square. A gas leak ensued from the damage, forcing the businesses in Bethel Village Square to evacuate. It was a sad day in Bethel, as wreckage from the storm affected both the current businesses in Bethel Village Square and the historic landmark, the latter of which got its start in 1909 as the Vaghi Woodwork Company. Joseph Vaghi, an Italian immigrant, was the pioneering owner of the building.

On August 18th, 2016, Erik Ofgang, Senior Writer at Connecticut Magazine and also a Bethel, CT resident, published an article about the Vaghi building becoming the Smirnoff distillery in 1934, which was the first vodka distillery in the country. Here is how a Russian vodka made its way to the United States:

In the aftermath of the Russian Revolution, Rudolph Kunett fled his country for Connecticut. Here he would start a revolution of a different kind, one that would forever change American drinking habits.

“Smirnoff [vodka] was originally Russian, but the Smirnoff we’ve been drinking since the beginning has always been from the United States,” says Vic Matus, author of Vodka: How a Colorless, Odorless, Flavorless Spirit Conquered America.

Around 1934 Kunett began producing Smirnoff at a building that is still standing near the train tracks at 77 South St. in Bethel. It was, as The News-Times, a local paper, reported at the time, “the only plant of its kind in the United States.” Though vodka had been popular for centuries in Russia and surrounding countries, it had never been produced commercially in the U.S.

Smirnoff was founded in Moscow in 1864 by Pyotr Smirnov. In the late 1800s the vodka became a favorite of the Imperial Russian Court. But in the early 1900s, the political instability that had led Kunett to leave Russia also forced the Smirnoff company and family to flee. By the 1930s, when Kunett purchased the recipe and North American rights, the once-proud company was being run by Pyotr’s son, Vladimir, and was in decline. But both Kunett and Vladimir felt the American market held many possibilities for the brand.

The April after Kunett opened, The News-Times paraphrased Smirnoff as saying that once “Americans become acquainted with the purity of vodka as Russian royalty knew it, they will prefer it to all other beverages.”

​Smirnoff was wrong. At first, anyhow.

“People didn’t know what to do with it; people knew how to drink whiskey. But what is this clear, flavorless, odorless substance? No one had ever seen anything like this,” says Matus.

It didn’t help that Smirnoff’s prestigious pedigree did little for Kunett. As The New York Times put it in 1995, “[Kunett] brought to Connecticut a great quantity of rubles and a patent to make Smirnoff, the only vodka served at the Imperial Russian Court. Unfortunately, the rubles were worthless on the world market and the Imperial Russian Court did not provide much cachet because it no longer existed.”

By the end of the 1930s, Kunett was struggling. That’s when John Martin of Heublein Inc. in Hartford took notice. A small, family-run company, Heublein Inc. had specialized in imported alcohols prior to prohibition, but in the 1930s it was surviving thanks to the success of one product: A1 Steak Sauce.

Martin made Kunett an offer: he would purchase his vodka equipment for $14,000, hire him and give him a royalty of 5 percent on each Smirnoff bottle sold for the next 10 years. Kunett accepted.

Unlike Kunett, Martin had an undeniable knack for sales. After initial shipments of vodka did surprisingly well in Columbia, South Carolina, Martin was determined to find out why. “We had a salesman down there and he had put up a great streamer: ‘Smirnoff White Whiskey — No Smell, No Taste,’” Martin told the Hartford Times in 1964. “It was strictly illegal, of course, but it was going great. People were mixing it with milk and orange juice and whatnot.”

This stroke of marketing genius turned criticisms of vodka, namely its lack of flavor and character, into its main selling points. Cocktails like the Bloody Mary (vodka and tomato juice) and the screwdriver (vodka and orange juice) became possible.

“You can put vodka in almost anything. You can’t mix whiskey and tomato juice; that would be terrible,” Matus says.

Martin also had a hand in spreading the beverage’s reputation as a mixer. While visiting Hollywood, he and a friend, Jack Morgan, who ran the restaurant the Cock-’n-Bull, devised a drink using Smirnoff vodka and ginger beer. They served it in an iron mug and called it the Moscow Mule.

Early in the Cold War, when opinions in the U.S. cooled toward Russia and its products, a group of New York City bartenders in a parade down Fifth Avenue carried a banner that read “Down with the Moscow Mule — We Don’t Need Smirnoff Vodka.” The parade made the front page of the Daily News, but Martin shrugged it off as a positive. When Heublein employees asked him what he would do, he responded, “Do! It was great,” Martin said. “All the people who saw the sign were rushing into the bars to buy the drink.”

Smirnoff’s success paved the way for other vodka companies, including Grey Goose, which became a global vodka brand thanks to Norwich native Sidney Frank’s promotional efforts.

Today, Smirnoff is owned by the British-based liquor giant Diageo, which has its North American headquarters in Norwalk. Despite whiskey and bourbon sales cutting into vodka market share, the drink of the czars continues to dominate hard liquor sales and Smirnoff remains the world’s best-selling vodka, producing more than 9 million cases a year.

The 8,000-square-foot Bethel warehouse where it all started was for sale for $525,000 as of July. “I’ve had a lot of people interested; they were talking about a microbrewery, another person looked at apartments,” says its owner, John Verdi, who ran Verdi’s Woodworking at the site throughout the 1990s and much of the 2000s. So far there’s been no takers, and the birthplace of American vodka remains abandoned and largely forgotten.

Reprinted with permission from CT Magazine. 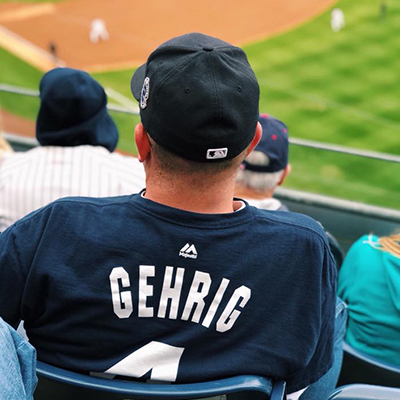 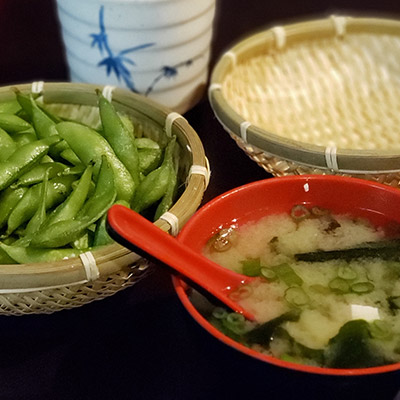 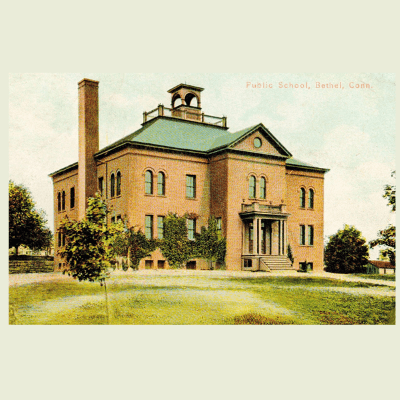