An Overlooked Historic Landmark Stands the Test of Time

125 Greenwood Avenue can be seen to the right of the Barnum Fountain in this postcard, postmarked in 1911.

Bethel is fortunate to still possess many buildings of both historical and architectural significance. The Opera House, the Seelye House, and the Irena Barnum House are just a few notable examples. However, there is another noteworthy structure that is undoubtedly overlooked by the great number of people who pass by it on a daily basis. It is located at 125 Greenwood Avenue and is intrinsically linked to Bethel’s earliest history. It may, in fact, be one of the oldest surviving buildings in the entire downtown district.

Before delving into the history of the building itself, perhaps it is best to provide a little background. The first people of European descent to settle within what now constitutes the town of Bethel did so sometime around 1700. Although Bethel was initially part of the larger settlement of Danbury, by 1759 a sufficient number of families had established their residence in that town’s eastern region to require a second church parish be created for the growing membership of the First Ecclesiastical Society of the Congregational Church. Consequently, in October of that year a petition was granted by the Colonial Assembly of Connecticut to set off a second ecclesiastical society in Danbury. The petitioners requested that their new parish be named “Eastbury,” indicating its geographic location relative to its parent society in Danbury. The Colonial Assembly, however, determined that the name “Bethel,” meaning “house of God” in Hebrew, would be more appropriate.

In the autumn of 1760, land situated just north of what is now the intersection of Main Street and Maple Avenue was donated by Captain Ebenezer Hickok for the creation of both a church and burying ground. By the following summer, the church was sufficiently completed to be occupied for services, although its interior would not be completed until 1796.

Now that the new parish of Bethel was to have a name, a church, and a burying ground, it would also need a minister. On November 25, 1760, the Reverend Noah Wetmore was duly ordained as Bethel’s first Congregational minister. Wetmore had been born in the parish of Middlefield in Middletown, Connecticut, on April 16, 1730, and was a man of considerable accomplishment, having graduated from Yale College in 1757. He married Submit Russell of Branford, Connecticut, and together the couple raised three boys and three girls. At the start of his ministerial duties, the 30-year-old Wetmore presided over a congregation consisting of 71 members. (The entire population of Danbury was 1,527, as determined by a 1756 census.)

Land records preserved in the offices of the Danbury Town Clerk indicate that when the emerging society of Bethel sought to provide for their first religious shepherd and most esteemed citizen, he was fitted with a commodious two-story home just a short distance west of his church. That home exists to this day at 125 Greenwood Avenue, although its appearance and surroundings have been dramatically altered by the passage of time.

The house faced east and fronted what is today’s P.T. Barnum Square but at that time was a simple, narrow, dirt road that stretched north and connected to the western end of Main Street. To the south it bordered what is today Greenwood Avenue, or what at the time was referred to as the Fairfield Road, as it headed west toward Danbury. The house was also originally accompanied by a barn and a full twelve acres of land that would have encompassed a sizable portion of today’s downtown Bethel.

The structure itself is a classic example of Colonial era post-and-beam construction, complete with a fieldstone central chimney at the heart of the home that incorporated bedroom and keeping room fireplaces, to provide warmth, as well as a larger kitchen fireplace for cooking. Today, it is difficult to view the original front of the home owing to the fact that a smaller reproduction saltbox-style building, constructed circa 1948, now occupies what was once the front lawn.

The Wetmore House maintains its three bay window configuration across its eastern facade, and although all of the windows on both the first and second floors have been replaced, the wavy glass that can be easily seen in the six-over-six pane windows at the attic level betray the building’s ancient vintage.

The home was presumably built with the help of nearly every parishioner contributing their efforts in an event akin to an old-fashioned barn raising party. The building materials, including white oak and chestnut timber, would have been locally procured and fashioned for use utilizing framing tools such as the broadaxe, adz, drawknife, hatchet, and a variety of wooden mallets. By Colonial standards, the task of construction must have seemed formidable, but as the familiar saying goes: “Many hands make light work.”

The Rev. Wetmore and his family may have occupied the house from shortly after his ordination in 1760 until the time his request for dismissal was accepted by the congregation on November 2, 1784. Twice during his tenure, controversy arose that threw his church into turmoil.

In 1763, Wetmore was called before the Fairfield East Association of Ministers on suspicion of preaching sermons that were sympathetic to the ideas espoused by a radical Scottish preacher named Robert Sandeman, who at that time was garnering a significant following in Danbury. Wetmore was cleared of all the charges brought against him and allowed to continue on as head of the Bethel church. Twelve years later, the much more significant question of American independence from Great Britain came to the forefront.

A story has been handed down suggesting that during the early days of the conflict following the Battle of Lexington and Concord in 1775, Wetmore may have employed an ingenious method for determining the prevailing sentiment of his congregation without inviting a shouting match between the two rival camps of his divided flock. At the end of one Sunday’s services he allegedly asked those who supported independence to leave the church by one door and those who opposed it to leave by another. He then took a careful headcount of those using each exit.

When the fight for independence did come, it came right to Wetmore’s doorstep. British troops staged a raid on Danbury in April of 1777, wherein the king's invading army marched directly past the minister’s home. In fact, it appears that some of the troops may have interrupted their trek long enough to "appropriate" a few items for their own use. Following this raid, a group of Danbury and Bethel residents were among those that petitioned the state legislature to provide financial compensation for individuals who had suffered losses as a result of the British incursion. The Rev. Wetmore submitted a claim for 28 pounds.The amount may seem insignificant at first but in actuality it represents a figure that today would be roughly equivalent to $5,000. One can only speculate that  the minister's family may have been forced to bid goodbye to some of their livestock which subsequently became dinner for those redcoats who were especially hungry after their 25 mile march from Westport. Such were "the spoils of war."

Despite his best efforts to preserve harmony during troubled times, Wetmore's tenure in Bethel saw the size of his flock diminish from 71 members to 36. His lack of success in recruiting new members may have contributed to his eventual dismissal, and yet it appears that he was generally held in high regard. In a sermon delivered at the time of his death, a contemporary said of Rev. Wetmore: “He was a gentleman of respectable talents, and experienced a powerful influence among his clerical brethren. His social disposition made his company the delight of every circle, and it may safely be said, that few clergymen were ever more beloved.”

After leaving Bethel, Wetmore would be called in April 1786 to serve as minister to the First Presbyterian Church in the village of Seatauket, located within the township of Brook Haven, Long Island, New York. He would continue in that position until his death at the age of 65 on March 9, 1796.

The historic but now unassuming home that the Reverend Noah Wetmore and family once occupied has witnessed incredible change over the course of the last two and a half centuries, and yet it still survives, preaching its own timely sermon on how perseverance can triumph over difficulty. 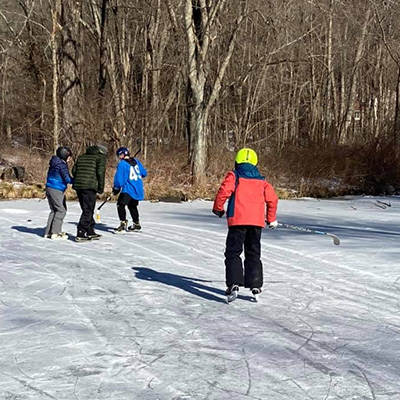 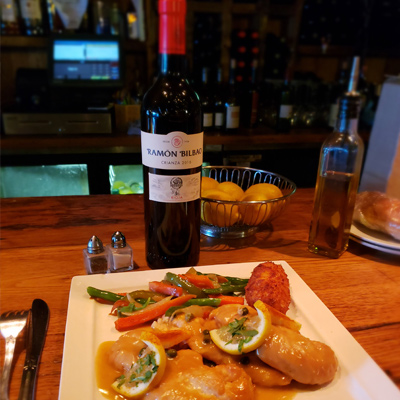 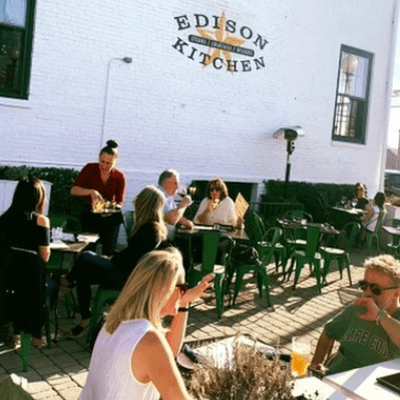